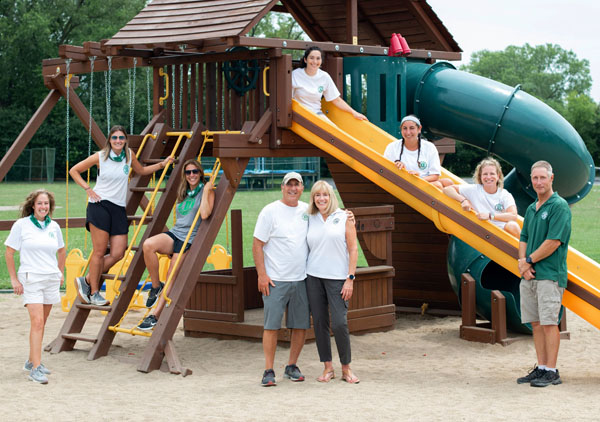 As most camp directors will tell you, a successful and fun summer is dependent on the quality of the staff.

Staff that truly enjoys working with children while ensuring that each camper goes home feeling successful every day is the true essence of camp.

At Decoma we pride ourselves on hiring incredible staff members to interact with your campers. We select sensitive, enthusiastic and wonderful people who are passionate about working with children. Our group counselors are either school teachers or college students and most are working toward a degree in recreation or education. Our support staff is composed of undergraduate and graduate students, teachers, coaches and high school students who love camp, the outdoors and enriching children’s lives. Many of our staff members have been a part of the Decoma family for 5, 10, 15 or even 20 years! 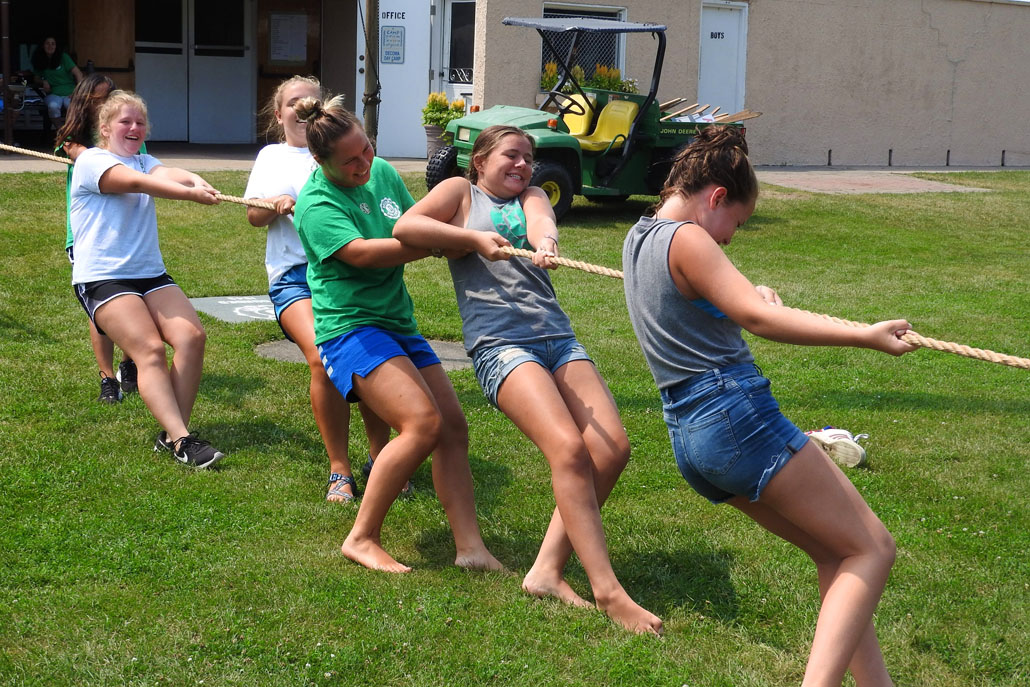 All Decoma staff members participate in an extensive two-week orientation program before the first day of camp. We know that Decoma’s most important resource is our staff.  Our counselors, activity specialists, and support team are what make camp so special – a place where children can expand their horizons, learn new skills, and have the time of their lives. 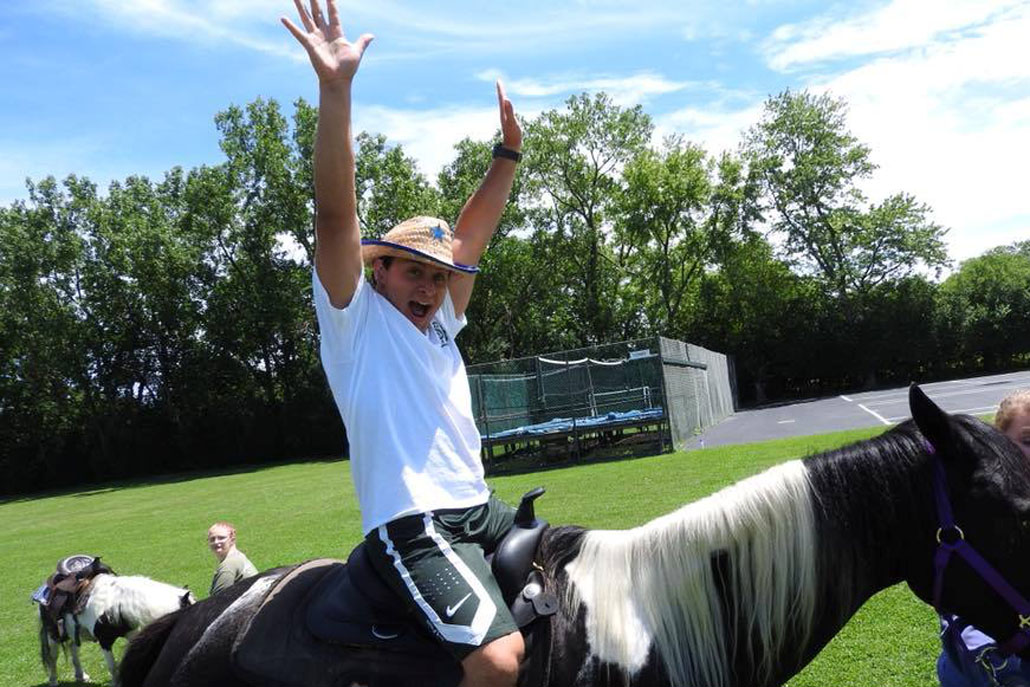 Gary Deutsch, Owner/Director
Gary is the owner/director, and truly the heart and soul of Decoma Day Camp! His father, “Deutschy,” as generations of Decoma campers lovingly referred to him as, had already founded Decoma several years before Gary was born. Gary has been an integral part of Decoma since he began working there at the age of 14. He eventually went on to work alongside Deutschy as director for many years, and then to carry on the Decoma Day Camp legacy when Deutschy retired. Gary prides himself on knowing all the campers and their families. It is his life’s work to bring joy, happiness and lasting summer memories to Decoma campers. Besides his beautiful wife, three daughters and five grandchildren, there is nothing in the world that he loves more than camp!

Barb Deutsch, Director
Barb has been a part of the Deutsch family, and thus the Decoma family since she met Gary back in college. She started off her camp career as a girl’s group counselor in 1973, while she and Gary were still dating. Over the past 40 years, Barb has become an absolutely essential part of the Decoma team. Although much of her work is behind the scenes, camp could not function without her! When Barb isn’t busy ensuring Decoma runs like a well oiled machine, she loves nothing more than spending time with Gary, their daughters, and five adorable grandchildren!

Abbey Deutsch Cross, Director
From the day she was born during our 30th camping season Abbey has been a part of the Decoma family! Daughter of Barb and Gary Deutsch and grand-daughter of the late great “Deutschy”, Abbey bleeds Decoma green. After many years as a practicing attorney and non-profit executive director, Abbey has returned to her roots as a full-time camp director. Nothing makes Abbey happier than working alongside her parents and sister, creating memories for Decoma campers and their families. She lives in Deerfield with her husband and three little campers of her own.

Samantha Deutsch Haughney, Director
Born and raised in our camp family, Samantha pretty much eats, sleeps and breathes Decoma.  From camper to counselor to pool director, and now Director, she’s been part of the Decoma tradition her entire life. Before fully committing to year-round Decoma life, she worked as a speech-language pathologist both in the school setting and in her own private practice. She lives in Deerfield with her husband and two adorable little Decoma fanatics. Samantha loves working with kiddos and making sure they feel successful. She looks forward to spending the summer with you and your campers.

Mike Burda, Director
With a BS in physical education and an MS in recreation administration, Mike Burda returns for his 15th year at Decoma. Mike works year-round maintaining and improving the camp programs and facilities. During the summer he also supervises the golf, riding, and tennis specialty camps. You can always be sure to hear Mike in the morning, regaling our birthday campers and counselors with songs and filling us in with announcements about the camp day ahead. Mike is the proud father of four past and present Decoma campers!

Robin Leven, Program Director
Robin has been with the Decoma family for 20 spectacular summers!  As Program Director, she is constantly planning a variety of fun, engaging, cooperative, and challenging activities for your children each day.  During the school year, Robin is a 4th grade teacher in Highland Park.  She lives nearby with her husband, 13-year-old son, and 11-year-old daughter.

Stacy Rochholz, Shortened Day Director
For the past 20 years, Stacy Rochholz has been part of the Decoma family. She spent her first six summers as a group counselor, and for the past fourteen fabulous years she has been the director of the Shortened Day Program. Stacy truly loves working with our littlest campers and watching their amazing growth over the summer and through the years. During the school year Stacy is a second grade teacher. She lives in Palatine with her husband and her two children, both of whom are of course, Decoma campers! She looks forward to spending the summer with your children and watching the amazing progress they are sure to make!

Rebecca Boston, Camp Nurse
Rebecca has been a Registered Nurse for 15 years. During the school year, she is a nurse in Northbrook School District 28, where she has enjoyed working with preschool through fifth grade students for the past 8 years.  Before having children of her own, Rebecca was an active duty nurse in the United States Navy. 2020 will be her third summer with us at Decoma. She looks forward to keeping your kiddos healthy and safe as they enjoy their active summer at camp!

Stacey Rosenfeld, Pool Director
Stacey began her Decoma life twenty-three years ago as a camper. Amongst other skills, she learned to swim! She moved up the ranks to become a lifeguard on the pool staff, and for the past eight summers Stacey has been the Pool Director. She is Red Cross certified as a Water Safety Instructor and Lifeguard.  During the school year, she lives in sunny Miami, Florida where she is a second-grade teacher. Stacey cannot wait to share her love of swimming in the Decoma pool with your campers!